National U-20 Coach Lorenzo Rubbinacci will test the strength of his side in a friendly international to be stage between The Gambia U-20 team with that of Senegal on the 21st of June in Banjul.

The match will be part of the FA's preparatory efforts for the team's match against Mauritania on June 28 in Banjul in the qualifying rounds of the 16th African Youth Championship in 2009 in Rwanda.

The winner between The Gambia and Mauritania are expected to meet Ghana or Libya in the final stages of the Qualifiers.

The Gambia youth team put up a very good performance during the last African and World Youth championships and were the African bronze medalists in Congo. 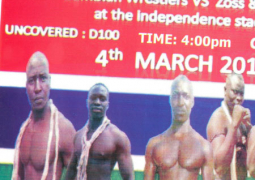