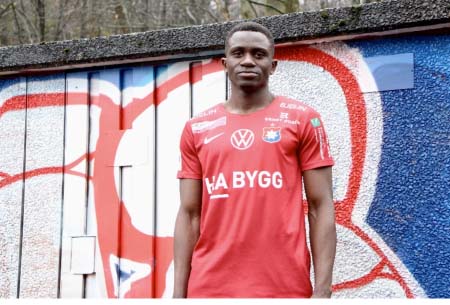 Scorpions striker Bubacarr Jobe has joined another second division side Orgryte IS on loan from Mjallby ahead of their new season.

The 25-year-old who guided Mjallby to the Swedish Allsvenskan (First Division) will again stay on loan in the Swedish Second Division next season.

The Gunjur-born began his senior career in the United States where he moved at a young age. He ended up in Sweden via a loan from Toronto FC to Skovde AIK 2017.

He finally moved to Mjallby AIF after a successful season with Skovde AIK in 2017 in Division 1 (third division). “I chose Orgryte because it feels like it will suit me well. I saw the team playing last year compared to the teams I talked to, I felt this side is the best for me,” said the Gambian international.

According to him, he wants to contribute a lot of positive energy in the team, adding that he wants to do stay here and do his utmost best and help them reach to another level.

Igor Krul, Sports Manager of Orgryte said “We have been looking for an offensive reinforcement for a good while now and when the opportunity comes to enter Buba negotiation, we snapped it.” 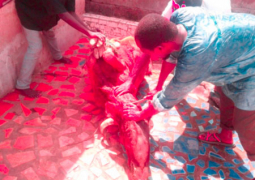