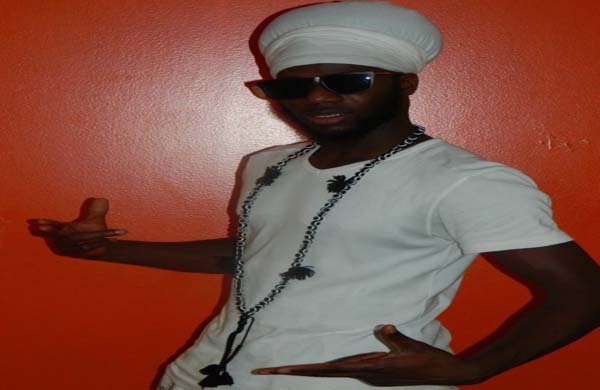 Black Thunder, Gambian based in Switzerland and a reggae dancehall singer, has described his tour in The Gambia as “a success”.

“My tour in The Gambia is meant to promote my music and empowering youths through music, and I had eight concerts in Junctionba event garden in Sukuta Njaba Kunda, Kerewan, Club 22, Brikama and Siffoe”, he said.

According to him, during these shows people responded positively to his music, and they enjoyed the stage performances.

He added that the monies generated from the shows were given to schools, and to help people in the hospitals like Serekunda and Faji Kunda.

“Every year, I will come to Gambia. I have a concept of not taking monies from my people, but ploughing back to them for the needy and developmental issues, he said.

He said he shot his 13-tracks video in The Gambia to show to the world that he represents The Gambia.

According to him, his music is wide and it involves working with charitable organizations, giving back to the people, especially the needy.

“I believe that one has to be useful at the youth stage, with the belief that music is the unique tool or way to communicate with the people, especially youths,” he said.

He added: “My music is full of messages meant to uplift youths to be more productive in life.”

He said Gambian music is doing well, but still more needed to done on the lyric and to improve on studio sessions.

“Let advice each other, rather than mocking each other; music is beyond that. All stakeholders should love each other, give a helping hand to push our music forward,” he said.

Black Thunder, whose real name is Saikou Kanteh, was born in Njaba Kunda Central Badibou District, but did his childhood in Sukuta. He lived in Bern, Switzerland, for 10 years doing music as a career.

He has attended music school in Bern for 20 months, doing both theory and practicals, and used to be one of the best 12 Switzerland artistes.

He frequently has shows in Switzerland, Germany, and Austria with reggae artistes like Jah Turban, Capleton and Ras Askia. Currently, he is working hard in studio for his two albums, due in mid-2015.