The Normalisation Committee of The Gambia Football Association has formally announced that after final arrangements for the national football team’s quest for a friendly match, the Scorpions will travel to to pitch their strength against the Palancas Negras in an international friendly.

The Gambian team and delegation is expected to fly out from on Friday morning 14 December 2012.

The friendly is scheduled for Saturday 15 December 2012 to be played at the Lubango National Stadium.

The clash is part of preparations for The Gambia’s 2013 World Cup qualifying matches while the Angolans will use the game to fine-tune for their Group “A” 2013 Africa Cup of Nations matches in .

The Scorpions Head Coach Luciano Mancini and his technical staff in their process to building a home-based national team have put up an array of local-based stars to challenge the Palancas Negras.

The Gambian team and delegation is expected back home on Sunday 16 December 2012.

When the Exotic Proves More Attractive 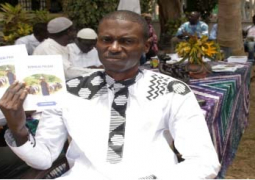