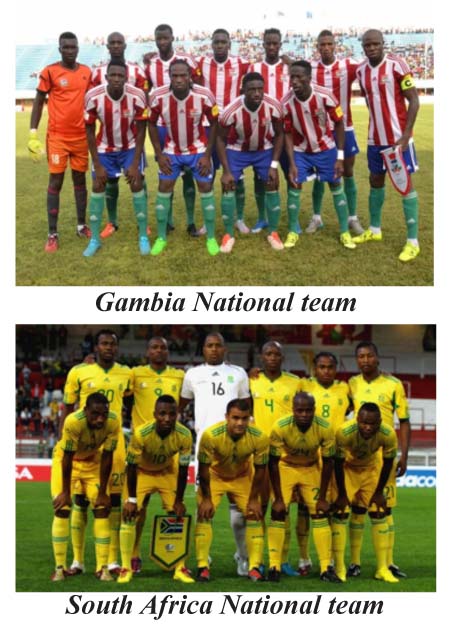 The Gambia will welcome South Africa in the 2017 Africa Cup of Nations cup qualifiers tomorrow, Saturday 4 June 2016, at the Independence Stadium in Bakau at 5pm.

Tomorrow’s encounter will be the second meeting of The Gambia and South Africa in the continent’s biggest football fiesta qualifiers following their goalless in the first leg in Durban on 13 June 2015.

Bafana Bafana are second place from bottom in group M with 3 points in four games, and will hunt to pound the Scorpions to mount pressure on second-place Mauritania.