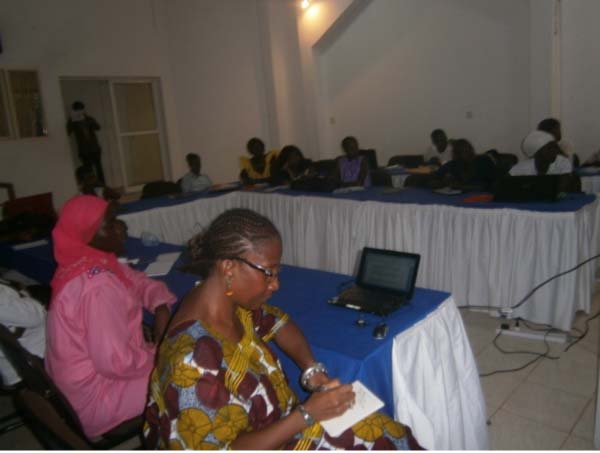 The training course brought together media practitioners that report on gender and related issues, and is on the theme: “Improving on women when writing about development issues.”

Gibairu Janneh, Secretary General GPU, said this was part of a series of training workshops which WAJA is conducting under the project called “Women Reporting on Women.”

The first training activity was conducted in Bamako, and one Gambian journalist attended. This particular training exercise is the first, after the Bamako training course, and is the beginning of a series they would conduct under the project.

He said GPU is partnering with the Women Journalists Association to ensure the smooth running of the programme, adding that 90 percent of them are already reporting on women issues and issues affecting children.

Journalist must be well-informed and clearly understand what women issues are, and the issues affecting women and girls.

They should find out what is gender-based violence, and so on, Janneh added.

Sarjo Camara, co-facilitator, said as women journalists they should be gender-sensitive enough to be able to use their gender lenses to scrutinize policies and programmes that are already there for the development of women.

“As women, I believe that we are talented and creative; so we should not shy away from investigative stories and report on first-hand information,” she said.

The training workshop aims at offering skills and knowledge to those who are in the frontline in reporting on women, but who are not necessarily equipped with the right tools to give a fresh, insightful perspective into subjects such as domestic violence, rape, inheritance, divorce, sexual harassment, sexual abuse, lack of access to education and health and reproductive rights, women and the economy.