The Scorpions of the Gambia will face Namibia in the preliminary round of the World Cup 2018 qualifiers following the draw held on Saturday 25 July 2015, in St. Petersburg, Russia.

The two-leg first-round ties are scheduled to be played between October 5 and 13 with the winner set to meet Guinea Conakry in the second-round fixtures to be staged between November 9 and 17 this year.

The first leg of the qualifiers will be played in Banjul.

The Gambia was seeded prior to the draw among the 13 lowest-ranked African countries and were in pot two alongside Tanzania, Liberia, Central African Republic, Chad, Mauritius, Seychelles, Comoros, Sao Tome and Principe, South Sudan, Eritrea, Somalia, and Djibouti.

The winners of the Second Round will move into the Third Round, where five groups of four teams will meet both in a home and away. The winner of each group will qualify for Russia 2018. 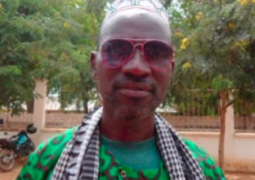