Gambia will clash with Guinea Conakry in the second leg of the third and final round of the 2017 African U-20 Youth Championship qualifiers on Saturday 23 July 2016, in Conakry.

The Darling Scorpions shared spoils with Young Silly National in the first leg in Banjul, after their goalless stalemate at the Independence Stadium in Bakau.

The Gambia need a score draw against Guinea Conakry on Saturday to qualify for the 2017 African U-20 Youth Championship in Zambia.

But a defeat against Guinea Conakry in the second leg in Conakry will see The Gambia out and Guinea Conakry through to the 2017 African U-20 Youth Championship to be hosted in Zambia. 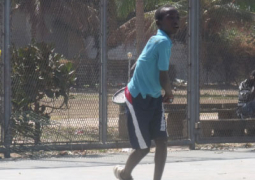