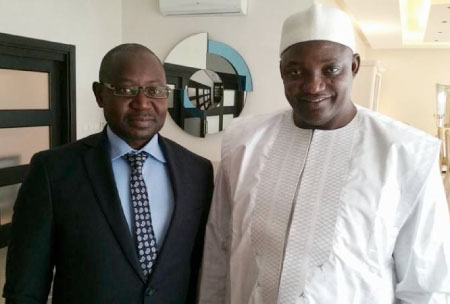 Former Interior minister and onetime President Adama Barrow’s adviser, Mai Ahmad Fatty, has in a statement yesterday called on Barrow to act with boldness, saying he is the commander in chief and Chief Executive Officer (CEO) of the state and should declare state of emergency amid covid-19 pandemic.

The leader of the Gambia Moral Congress (GMC) party commended the government for the initiatives, but argues they are not doing enough.

“President Barrow, work with the National Assembly and declare a State of Emergency without delay,” he urges. “Impose a sensible curfew regime with other effective measures to enforce new public health directives. Deploy microscopic monitoring of the 500 million dalasi emergency fund, ensuring that monies are being prudently spent to curb the novel coronavirus pandemic.”

The Wuli politician advised Mr. Barrow to reach out to businesses and NGOs for partnership and exploit our international goodwill to secure urgent help for our country. He added that President Barrow should also engage and involve municipal councils, as veritable partners in grass-roots community containment and prevention measures. “Put politics aside. Lives are at stake,” he warned.

“Hospitals, clinics and healthcare workers are still poorly equipped. Communities are still without auxiliary support. The peril intensifies with each passing day. The fact that we do not know how and where the first corona casualty contracted the virus is dangerously troubling. We do not know how many people he may have infected with the multiplier effect.”

He said there could be more infections and we shouldn’t wait for more fatalities.

With the typical nature of Gambian society, he continued that they need more measured response and utter decisiveness.

“This is a time for bold leadership. Act Mr. President. Declare a State of Emergency. Impose a sensible curfew that is both realistic and enforceable. This is a time when citizens must be protected against themselves.” 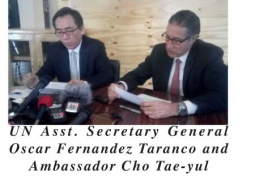