The and The Republic of China on Taiwan (ROC) have reaffirmed their commitment to strengthen the cordial bilateral relations that exist between the two countries.

The Taiwanese ambassador to the and The Gambia's Secretary of State for Foreign Affairs made this commitment last Thursday at the Kairaba Beach Hotel in observance of the 97thNational Day of Taiwan.

Speaking at a reception to mark the day, the Taiwanese Ambassador to the Gambia H.E Dr.Richard Shih described The Gambia as a country gifted with caring, disciplined and peace-loving people.

He reaffirmed his country's resolve in helping The Gambia attain Vision 2020.

The head of the Taiwanese diplomacy used the forum to disclose of the change of government in his country since May this year.

The new administration, he said, had undertaken to better democracy, to open up and deregulate the economy, to satisfy the basic needs of the underprivileged, to restore political ethic among others.

The Taiwanese diplomat also recalled some the significant contributions that his country had made to The Gambia during the course of this year.

"As sincere partners, The Gambia and have made remarkable achievements in a range of bilateral projects this year. On education, apart from 25 Gambian students who just completed their 4-year bachelor program in and returned to The Gambia in July 2008, there are a total of 107 Gambian students currently on bachelor, master and doctoral programs offered by the ROC government. We are also a proud sponsor of the PEGEP, which extends education to more than 31,000 girl students.

On training, there are a total of 35 Gambian officials who attended seminars/workshops on various development subjects conducted in this year.

"On healthcare, our joint effort with the Department of State for Health has helped ensure the continued provision of healthcare in The Gambia. On agriculture and aquaculture, apart from developing 60 ha of tidal irrigation field on top of the existing 1019 ha, the rice project at Sapu has gradually assumed a niche role in the provision of quality rice seed and in the introduction of new horticultural farming skills in The Gambia. On the other hand, the success of phase 1 of 's aquaculture development program has shed light on further development in this sector.

"There are several other projects we are working closely with various Departments of States, which we are satisfied with the results" he noted.

He applauded The Gambia for her relentless support to the cause of at the international arena. "At the 61st session of the World Health Assembly in May 2008 and the 63rd session of the United Nations General Assembly in September 2008, The Gambia has once again rendered its staunch support for 's bid to participate in the international arena. This noble deed categorically demonstrates not only The Gambia's sincere care for fundamental rights of Taiwan's 23 million people to access the international organisations, but also The Gambia's longstanding commitment to promoting effective and seamless cooperation in the global village," he said.

He said that is very proud to have a friend like The Gambia who is caring and of moral courage.

For his part, Dr. Omar Alieu Touray, Secretary of State for Foreign Affairs, extended a heartfelt congratulation from President Jammeh and the people of The Gambia to the people of .

He acknowledged the support The Gambia continues to receive from the Republic of China () which has helped in the country's development endeavours. "Over the years, has demonstrated its commitment to The Gambia's development through effective intervention in various sectors of the ranging from health, education, infrastructure to agriculture and technology". The 's chief diplomat thanked ROC for their immense contribution towards the socio-economic development of the .

He added that The Gambia had been championing the cause of at the international arena and would never relent to do so.

Dr Touray questioned why the world's 18thlargest economy and the 20thoutboard investor Taiwan could be excluded from bodies such as WHO and then called on the world to re-examine Taiwan's case.

‘VDF has no boundary in nation-building’ says Turo Darboe 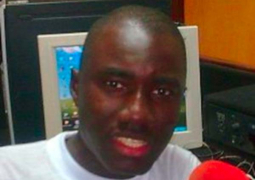