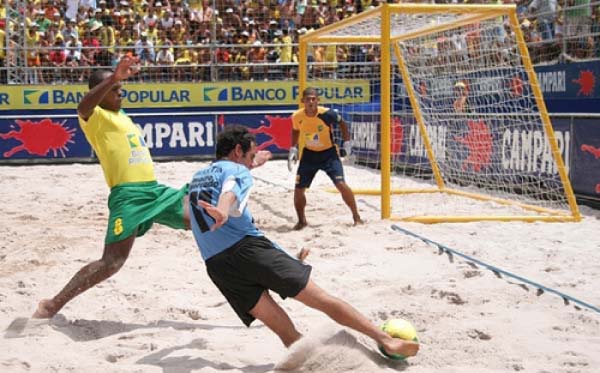 The Africell sponsored soccer Knockout tournament under the direction of Ebrima Eric Drammeh, sport coordinator of Bakau sports committee is gaining momentum at the side in Bakau, as the 16 team championship enters the quarterfinal stage this Sunday.

The quarterfinal matches will see Baby Haddy rub shoulders with , while Vidar is also preparing to come face to face with Balo FC this Sunday.

Other quarterfinal matches will also be played on Sunday featuring Score 11 FC and Spy FC  while Jatta Kunda entertain Bafa FC to wrap up the fixtures in the quarterfinal stage with the semifinal to follow next weekend.

The tournament which is intended to motivate beach soccer got off to a pulsating start when BAFA FC beat Bo United 1-nil followed by another thrilling encounter between Baby Haddy and summer championship which ended 1-nil in favour of Baby Haddy.

Spy FC enjoyed an action packed 2-1 victory at the expense of Saffie J, while the game involving Linguere and Score FC ended in Score’s favour thanks to a 2-1 win on a penalty kicks.

The tournament also involved the participation of some of the big name players plying their trade with the GFA first division like Banko Sanyang of Bakau United as well as Lamin Conteh, former ’s national U-17 rocky defender commonly called score amongst other established star players within Bakau.

The captivating beach soccer championship started since July 3rd 2011 at the side.