The Gambia Standard Bureau Wednesday held a daylong sensitisation seminar on metrology, the science of measurement, for science students of the University of The Gambia, and the Gambia College.

The forum, held at the Gambia College campus in Brikama, was organised in collaboration with the science students association of the University of The Gambia.

It was meant to sensitise the students about metrology, and the aims and objectives the Gambia standards Bureau.

Speaking on the occasion, president of the science students, Bai Cham, said the association comes up various programmes such as seminars and quiz competition among students just to promote science.

He said the Gambia Standard Bureau’s holding of the forum for science students at the UTG is complementing the efforts of the association in promoting science.

The director general of Gambia Standards Bureau, Papa Secka, said this is the second time the bureau has organised such forum at the UTG.

He noted that in The Gambia, most of the students did not hear of or know much about metrology from primary school to university.

He said for decades The Gambia lacked the capacity to conduct metrological services for the needs of the industries and laboratories in the country.

Mr Secka said there is no human endeavour that can take place without using some kind of measurement, metrology, adding that metrology is behind the success of science and technology.

He further said with the establishment of the bureau, the National Metrology Lab (NML) was set up.

“The objectives of the NML are to maintain measurement standards of the highest accuracy and traceable to the international standards; provide calibration services that are acceptable and recognised worldwide, and to promote awareness of metrology and its role on quality and trade facilitation,” he said.

Mr Secka said the forum provided students a platform to clarify some of their misunderstandings on measurement accuracy and the necessary elements of metrology. 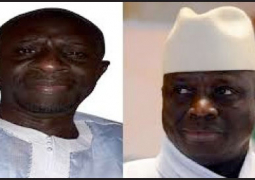 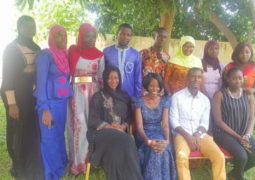