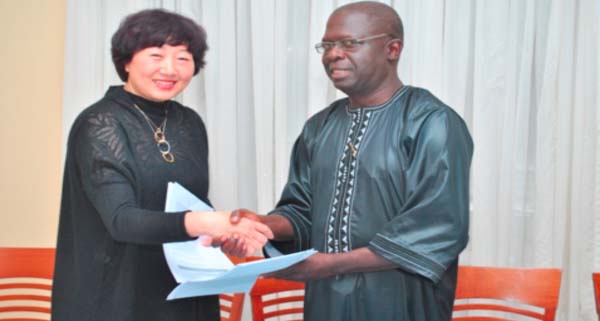 The Ministry of Petroleum and Energy and Sinohydro, a state-owned Chinese company, have ended a three-day negotiation on a landmark deal aimed at sharply enhancing power production in The Gambia.

The three-day event was held at the Kairaba Beach Hotel in Kololi, from 8 to 10 March.

The meeting will be followed by a finalisation meeting scheduled to take place from 18 to 20 April.

By this development, the Ministry of Petroleum and Energy through the National Water and Electricity Company (Nawec), and Sinohydro, have resolved to boost power production in The Gambia by consummating a 50 megawatt generation plant to replace the country’s aging power generation capacity; install a 132KV (kilovolt) power transmission backbone line; and reinforcement of 33 KV transmission systems in the Greater Banjul Area of The Gambia.

In his remarks, Momodou O. Njie, permanent secretary at the Ministry of Energy, explained that when fully finalised, the project will greatly enhance the country’s ability to produce electricity for Gambians.

Mr Njie said his ministry is working tirelessly to expand the electricity supply regime across the country, adding that once the new project is on stream, it would help in that direction.

He added that the project is in line with the Gambia government’s drive to ensure full development of the country’s power generation and distribution infrastructure.

This objective, she said, is consistent with the Gambia government’s efforts at improving the country’s transmission capacity to deliver power to end users.

She promised that her company will live up to its own side of the bargain, once a deal is reached.

Meanwhile, the meeting had in attendance the managing and deputy managing directors of NAWEC, officials at the ministries of Justice, Finance and Environment, Gambia Investment and Export Promotion Agency, among others.