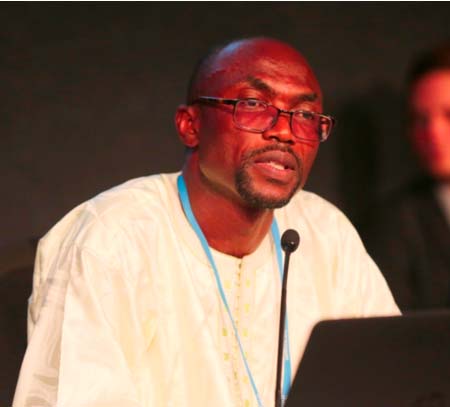 Stakeholders from the Agriculture and Natural Resources sector (ANR) and representatives from the non-governmental organisations recently convened at the Ocean Bay Hotel to validate the national climate policy.

The initiative was supported through the GCCA-EU project component 1 being implemented by the Department of Water Resources.

He said the atmosphere and oceans have warmed, the amount of snow and ice have diminished, sea level has risen and the concentrations of greenhouse gases have increased.

More than 90 per cent of the energy coming into the climate system between 1991 and 2010 has been going into the oceans, he said.

“This is making them both warmer and more acidic, long-lasting effects on the fisheries of the world that are so important for livelihoods of many people and for the economies of many countries like The Gambia.”

There is more and more evidence that extreme weather events, such as droughts, floods and storms are becoming more severe and even more frequent, he added.

Darell Sexstone officer in charge of the EU Delegation, said the Global Climate Change Alliance (GCCA) initiative was launched by the European Commission in 2007 to support most vulnerable developing countries, to improve their ability to deal with the challenges brought about by climate change, with funding close to 300 million Euros.

It has supported 51 programmes in 38 countries including The Gambia as well as 8 regions.

The objective of GCCA project in The Gambia is to contribute to the capacity of the Gambians to adapt to increase climate vulnerability and change, he added.

The project aims to achieve this through two components namely, coastal zone management and mainstreaming of climate change into development planning.

The project was designed to help establish a participatory integrated coastal zone management plan, to provide as an example of climate change adaptation guidance on future climate resilient management, he continued.

This process was supported by studies and training activities on coastal zone vulnerabilities, resilience and protection measures, ecosystem rehabilitation, he went on.

On mainstreaming climate change into development planning, the project has helped support a participatory process within government that has led to the preparation of a workable national climate change policy which is being validated, he said.

The European Union is funding this GCCA project to the tune of 3.86 million euros or more than 160 million Gambian dalasi, the EU Delegation official announced.

“Our important partners in this project are the ministry of Finance and Economic Affairs, the National Environment Agency, the department of Water Resources and ministry of Environment, Climate Change, Water Forestry and Wildlife.”

The day’s deliberation was meant to solicit constructive views from stakeholders in the quest to formulate and develop an integrated climate change policy, as a framework for mainstreaming climate change into national development planning, he said.

He said the project is intended to achieve two key objectives: to strengthen national level capacity to plan for and respond to the impacts of climate change in coastal areas, and to contribute to mainstreaming of climate change into development planning.

A national climate change policy is paramount, he said, adding that component 2 of the GCCA support project aims at producing the policy document for The Gambia through participatory processes.

A lot of work has been done in that regard through the activities of various task forces and by engaging the services of a number of national resource persons, he added.

Lamin Mai Touray, director Department of Water Resources, said his department is the lead government agency for implementing the United Nations Framework Convention on Climate Change, as well as being the focal point for both the World Meteorological Organisation and International Panel on Climate Change in The Gambia.

In this regard, he added, the department is the implementing agency for component 2 of the GCCA support programme, which aims to promote the mainstreaming of climate change into national development plans.

“We began the process to develop the national climate change policy over a year ago, under component2 of the GCCA,” he said.

The process has been guided by the Technical Working Group established to oversee the project.

This resulted in the generation of significant amounts of information, developed in a participatory fashion through the task team and work group, he continued.

The policy development process also builds upon the foundation laid by their work in developing the national adaptation programme of action and national communications to the UNFCCC.

“We are also incorporating our work on the nationally appropriate mitigation actions or NAMAs intended nationally-determined contributions to reducing greenhouse gas emissions”.

Mutarr Jammeh, programme officer-Economy and Agriculture, NAOSU, said coping with the current climate variability and attempting to anticipate future climate changes is no longer an option, but a policy imperative.

Therefore, he said, in order to maximise impacts of climate change must be integrated as a cross-cutting into national development plans and strategies that establish priorities and set in place required institutional frameworks.

It is one thing to have a national policy and another thing to have it implemented and, therefore, it is necessary that an action plan be formulated and resources mobilized for the implementation of the policy, he said.

Jammeh added that the general public, particularly stakeholders, should be sensitised and informed on what the policy entails.

Previous:
Look at our lovely flora and fauna
Next:
Forex rate restriction lifted 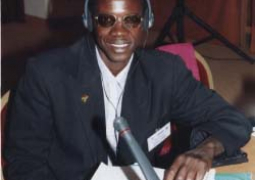 Taiwan Donates US$400,000 towards Girls Education