The criminal trial involving the state and five ministry of Agriculture officials charged with 18 counts of neglect of official duty, conspiracy to commit felony, forgery and uttering false documents Thursday 10 November 2016 appeared before Justice E. Dada at the High Court in Banjul.

The accused persons were alleged to have, between May 2013 and December 2014 in Banjul and in diverse place in The Gambia, neglected their official duties by awarding contract for the training of FASDEP staff on macro soft Excel in the sum of D190,000 to a firm (SCENSA) that was not registered with the Gambia Public Procurement Authority (GPPA) Act as required under the GPPA Act.

During the last sitting, the prosecution led by state counsel A. Mendy called the third prosecution witness, O. Jallow, a police officer attached to the fraud squad at police headquarters in Banjul, who testified that he knew the accused persons.

The witness told the court that he obtained the voluntary statements of the 3rd and 4th accused persons, Alieu Gaye and Bakary Kujabi, in the presence of an independent witness.

The said statements were admitted and marked as exhibits.

Responding to questions posed by defence counsel E. Sanneh, the witness said he could not remember the charge against the 3rd and 4th accused persons.

At this juncture, state counsel A. Mendy informed the court that he intended to call many witnesses, but unfortunately most of his witnesses are security officers who are now stationed in various parts of the country as a result of the election.

He, therefore, urged the court to grant him an adjournment anytime from 4th December 2016.

The presiding Judge, however, adjourned the matter until 8 December 2016. 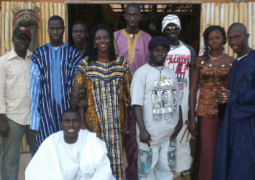