The Gambia are set to clash with Guinea Conakry in the final round of the 2017 African U-20 Youth championship qualifiers.

The winner between The Gambia and Guinea Conakry are to advance to the 2017 African U-20 Youth championship to be hosted in Zambia from February to March 2017.

The Gambiaqualified for the African U-20 Youth Championship twice in 2007 hosted in Congo Brazzaville, where they won bronze medal after thrashing Zambia 3-1 in the third place-off and also qualify for the 2007 FIFA World Cup hosted in Canada, but were eliminated in the second round by Austria 2-1.

The Darling Scorpions made their appearance in the African U-20 Youth championship hosted in South Africa in 2011, but were eliminated in the group stage after their dismal performance in the campaign.

Coach Sise also hailed his employers the Gambia Football Federation, the Ministry of Youth and Sports and the entire Gambian nation as well as non-Gambians for their support.

Sise said the hard work has started now for the double header tie against Guinea Conakry. 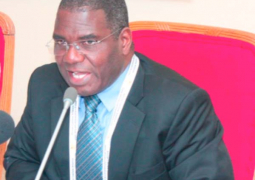