As the world's most prestigious tournament the FIFA World Cup in South Africa inches closer, the Ministry of Youth and Sports under the leadership of Sheriff Gomel has issued a press release, meant to remind the public that the count down to the tournament, to be held in South Africa for the first time is gaining momentum.

Given that this is the first time that the World Cup Championship is hosted in an African soil, the AU Conference of Ministers of Sports suggested for African countries to take ownership of the 2010 World Cup in solidarity with the host South Africa, according to a press release sent to this paper from the Ministry of Youth and Sport yesterday.

It is for this reason that the Ministry of Youth and Sports, is partnership with the Honorary Consul of the Republic of South Africa in The Gambia, GAMBEGA, the GFA and the National Sports Council wishes to embark on a South Africa 2010 solidarity programme, dubbed 7days countdown starting on Friday 4th to Thursday, 10th June 2010. This will also include the kicking of a ball by an invited personality each day that a date is peeled off from the signboard.

Days numbering from 4th-10th June 2010 will be pasted on the signboard and such one date will be peeled off from the signboards every day to the last day before the beginning of the tournament on 11th June 2010.

It is for this reason that the Ministry for Youth and Sport wrote this press release to formally inform the media practitioners of this event and to humbly request for your participation and support to make the countdown a success.

The release further informs the general public that there will be a cocktail in solidarity with South Africa 2010 on Thursday, 10 June 2010, at the Sheraton Hotel at 5.00 pm by invitation only. 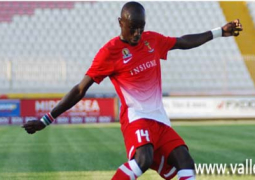