Following the appointment of an interim committee for the Gambia Boxing and Amateur Association by the National Sports Council last month, the new interim President, Mr Tamsir Sarr has outlined his committee's main priority areas for the development of boxing in the country.

In an interview with Point sport yesterday, Mr Sarr said his main aim is to recognise boxing in the country, and to make all existing boxing clubs functional, noting that plans are underway to extend the game to the regions within the time frame.

He disclosed that presently arrangements were made to secure an office for the association, noting that "the task given to them is not easy but they will work closely with the Ministry of Youth and Sports, National Sports Council and other stakeholders to achieve their dreams."

He promised that during their tenure of office they would organise a series of local competitions in order to come up with a national team. He noted that all this is geared towards bringing boxing back to its glory, and to also raise the flag of the country high at both local and international levels.

Mr Sarr pointed out that the committee have met the existing boxing clubs last week, and noted that they were briefed on the terms of references of the committee.

He said the interim is open to all boxers and newcomers who have the interest of the game. He was quick to add that they would not tolerate members who want to make the game a money- making venture or to secure visas. 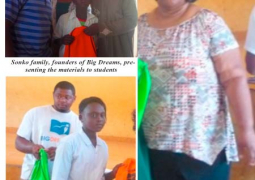 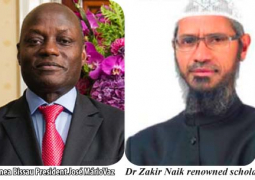 Excellent Judgement and a Good Decision