The Gambia National Olympic Committee last Saturday joined the Olympic fraternity to mark the Global Olympic Day. This year's theme was "Youth Empowerment Against Drugs and Alcohol." The celebration was highly graced by students from various schools.

The results of the race in which students took part from different places within the Kanifing Municipal Council as events marking the day were as follow:

In the three-kilometre girls race which started from Observer Junction was won by Kadijatou Dem of Abuko Lower, followed by Ida Jatta who came out second of Bakoteh Proper and Amie Bojang also from took third position.

In the male category in the same event of three-kilometre, Kalipha Kujabi of Abuko Lower came out first, followed by Alpha Bah of Muhammedan Lower and Ansumana Jarju of Greater Banjul who came out third. 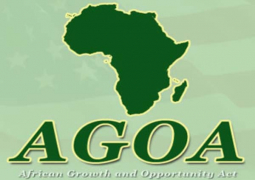 The gambling ban and its effects