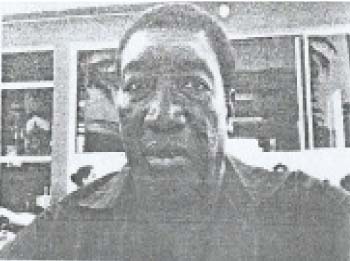 The Gambia Labour Congress, GLC, has called on the Gambia government “to initiate a salaries review commission to evaluate the levels and effects inflation has had in the living standards of the working class, and to make appropriate recommendations for upward general salary review for all workers in public and private sectors.”

The government should also “consider land distribution for agricultural purposes to young people and women with advance agricultural equipment through government-guaranteed loans and or through a national agriculture bank.”

In a May Day statement, the GLC also stated that “the relevant authorities should pay this country’s arrears with the ILO in order that we could maximize our benefits and privileges with the organization, including voting rights and employment in ILO positions.”

Also the GLC made a call for the “ratification and domestication of the minimum wage convention for the establishment of a minimum daily wage that guarantees a decent living for workers across the board.”

The relevant authorities should also “re-establish the Labour Exchange at the Department of Labour in Banjul to serve as a recruitment center of quality labour.”

Also the GLC called for the inspectorate unit of the Labour Department to be “strengthened in order to ensure safety at work places.”

Because of “the importance of labour in the socio economic development of any country, consideration should be given to the creation of a ministry of Labour, which will help in alleviating some industrial relations issues.”

The GLC called on the government “to accept the inclusion of proposed amendments to the Labour Act, made during the recently-concluded seminar on labour law, held under the auspices of the ministry of Employment."

Another call was to “empower the informal and agricultural sector, where the majority are youths and women." Also, to “engage more in infrastructural, construction, food processing and transportation projects which generate employment and promote economic growth.”

The GLC said it is affiliated to the Organisation of African Trade Union Unity, OATUU, an organ of the African Union, and expressed “support to continental workers body in the struggle for protection of trade union rights, consolidation of peace and unity and pan Africanism.”

The GLC said it is also an affiliate of the World Federation of Trade Unions, WFTU, an international workers organization representing millions of workers world-wide.