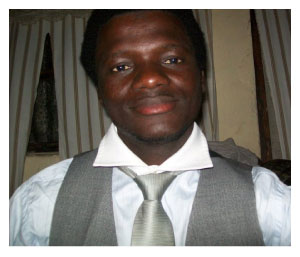 It was yet another busy Sunday for The Gambia Kung Fu Association, whose members once again gathered at The Gambia's capital city of Banjul to train twenty-seven Kung fu students including female participants from the Lion Kungfu Club of Banjul in a form of Examination Point, Pointsport gathered yesterday.

Ebou Sanyang, the Gambia Kungfu Association's public relations office, who has a wealth of experience in Kungfu, has told Pointsport that the purpose of the training was to identify the most talented students in the Kungfu clubs countrywide.

Sunday's gathering was also intended to upgrade the participants to the next stage, added Ebou Sanyang, who is widely known as Jetli.

“The weekend's Kungfu examination is organised mainly to recognise the most talented students in Kungfu clubs across the length and breadth of the country as well as to promote the participants to the next stage," says Sanyang who spoke to Pointsport in an interview.

"The event is also expected to help the association to produce good and talented black belts at the end of the training."

The programme that has presented the association the unique opportunity to examine the talents of students from various kungfu disciplines, such as loyalty, technique, fighting system among others, is part of the association's effort to promote and decentralize kungfu across the country, official sources said.

Certificates were awarded to each participant at the end of the programme by officials of the Kungfu Association of The Gambia, Pointsport was told.

Sunday’s gathering formed part of a series of high-profile Kungfu demonstrations across the country. 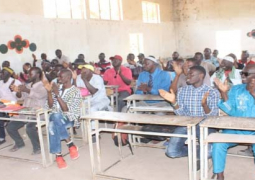