Samba Sanneh and Lamin Kora, who were charged with being in possession of a stolen vehicle, were on 2nd September, 2009, discharged by Senior Magistrate Abdoulie Mbacke of the Kanifing Magistrates' Court.

His decision followed the application made by the prosecuting officer, Cadet Inspector Mballow, to withdraw the case under Section 68 (1).

According to the Prosecutor, they were going to put their house in order and come up with a proper charge.

The charge sheet on count one, stated that "the accused persons on or about the months of August and September, 2008, within the Kanifing Municipality of the Republic of The Gambia, received and had in possession a Nissan Patrol Jeep, registered N0. BJL 4158 F, knowing that the said vehicle was a stolen property outside The Gambia".

Count two indicated that, the accused persons in the same period received the same vehicle, and got it registered in their names, knowing same to have been stolen outside The Gambia. 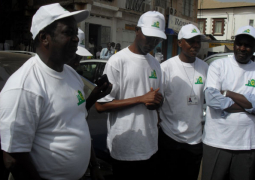 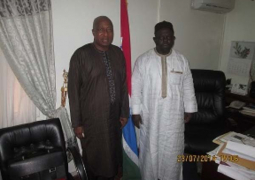