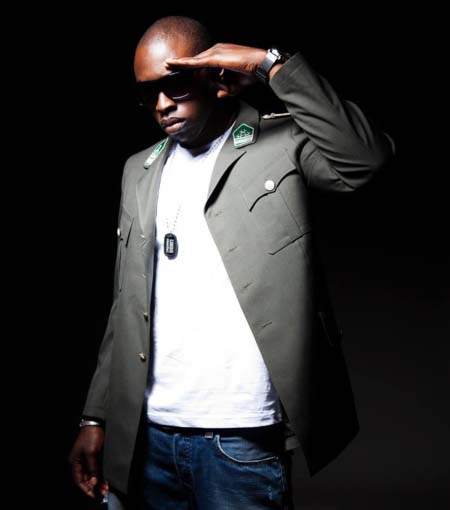 A Gambian-born artist based in Vienna, Austria, was recently signed by the world’s RnB rap mogul-50 Cent, under one of his labels - G-NOTES RECORDS.

The prolific international Gambian DJ and artist by the name John Kwesi will soon launch his much anticipated mixtape.

Widely and internationally known by his music name Deejay Limbo, Kwesi is a Gambian born to a Ghanaian father and a Gambian mother.

He was raised in Latri Kunda German neighborhood before he moved to Austria.

Speaking in a brief chat from his base in Vienna, Deejay Limbo, who is making a niche for himself in Europe, is of the view his upcoming mixtape will encompass various songs and hits that the fans will find interesting and entertaining.

The Gambian born singer is currently working hard in the studios to release his debut album anytime soon as he is working on the finishing touches.

He said his aim is to raise the Gambian flag in the music scene globally, noting that Gambian artistes “can do what others can do”.

“The Gambian music industry is rapidly growing, and many foreign-based Gambian artists are going home to promote their music and doing collaborations with home-based musicians.

“Our aim is to take Gambian music to the international scene,” he told me in a chat recently, when quizzed as to his take on the Gambian music.

According to Deejay Limbo, his new mixtape will be launched and released in both Europe and The Gambia.

“I want to drop a mixtape this year, by the grace of God!” the foreign-based artist said.

His words: “The mixtape will be all about positive messages, love and entertaining because that’s all what music is about educate and entertain.”

Limbo Di General, as he is also fondly called, said: “I want to reach out to my fans worldwide, show my versatility and to make people get to know LIMBO.”

Salute Di General is the slogan of Deejay Limbo, watch out for him soon.