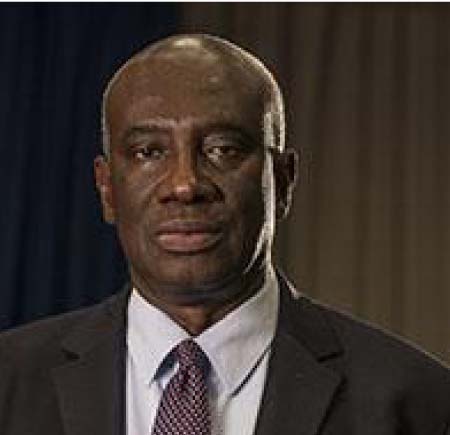 Hon. Justice Alhaji Hassan Jallow, who also served as Chief Prosecutor of the United Nations Mechanism for International Criminal Tribunals (UNMICT) between 2012 and 2016, said African states and The Gambia, in particular, “have very strongly supported the ICC” and should continue to do so.

In a press release sent to this paper yesterday, Justice Jallow, a Gambian, said he was disappointed at the reported decision of the Gambia government to withdraw from the Rome Statute of ICC.

The following is the full statement of Justice Jallow:

“I have learnt with great dismay and disappointment of the reported decision of the government of the Islamic Republic of The Gambia to withdraw from the Rome Statute of the International Criminal Court, ICC.

“The challenges which currently confront the ICC and state parties to the Rome Statute can, in my view, be resolved through a dialogue which will see the continued engagement of The Gambia and the rest of Africa with the ICC.

“I appeal very strongly to His Excellency The President Sheikh Professor Alhaji Yahya Jammeh Babili Mansa and his government to reconsider and reverse the decision to withdraw The Gambia from the Rome Statute of the ICC.

“I reiterate the call by the Africa Group for Justice and Accountability, AGIA, of which I am a member, for Burundi and South Africa to similarly reconsider their decisions and retain their membership of the Rome Statute.

“I also believe that the ICC should now initiate a dialogue with the concerned state parties, and seek a resolution of their concerns in a way that will promote the cause of justice and accountability globally.

I appeal to the organs of the ICC to do so. AGIA remains available to facilitate this process.