Opposition party members are meeting on Sunday to elect a standard bearer that should lead an imminent opposition coalition in the December 1, 2016 presidential polls.

Each of the seven opposition party leaders and one independent aspirant will bring along seventy (70) delegates, ten (10) from each of the seven regions across the country to vote in a primary to select a flag bearer, who will face incumbent President Yahya Jammeh, who has been in power for twenty-two years.

Mamma Kandeh, leader of the newly formed party GDC, would not join his colleagues.

A GDC party official said 70 delegates “is detrimental” to his party. Rather they would prefer an open primary election.

Presidential election is scheduled for December 1, 2016. 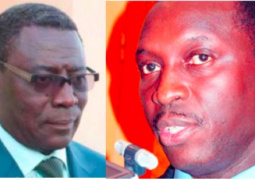