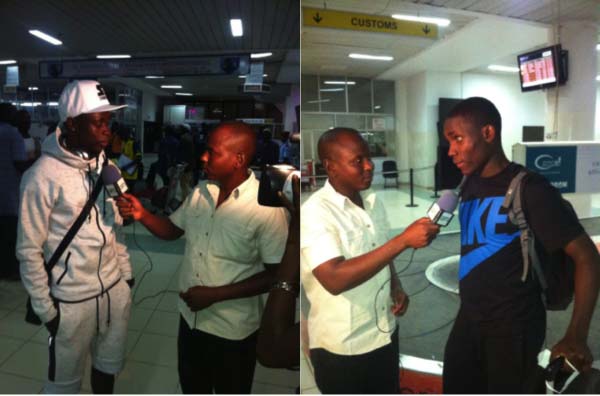 The Gambia foreign-based players have started arriving in the country for the 2017 Africa Cup of Nations qualifiers set for June 2015.

Suwansea city midfielder Modou Secka Barrow and Valetta FC creative midfielder Hamza Barry arrived in the country on Tuesday night at the Banjul International Airport, whilst majority of the foreign-based players are expected to arrive on 1 June 2015.

The Scorpions, under new coach Rauol Savoy, will play against Uganda in an international friendly game set for 9 June 2015, at the Nelson Mandela Stadium in Kampala, to prepare physically and mentally fit for their 2017 Africa Cup of Nations qualifiers away to South Africa on 13 June 2015, in Johannesburg.

The Gambia will host Cameroon in their second group tie in Banjul in September 2015, before playing away to Mauritania in their final group game in March 2016.