The Gambia National Veteran Football Society team will this evening leave for , to participate in the second edition of the Union of Zone II Football Veteran's Tournament, expected to take place from 20-27 April, 2010.

The Gambian delegation which comprises 49 people will be headed by Pa Suwareh Faye, Assistant Director of Sports at the Department of Youth and Sports.

The President of the National Veteran Football Society Amadou Touray, speaking to Pointsport yesterday stated that six teams are expected to participate in the tournament.

He disclosed that President Jammeh, the honourary life President of the society, is the main sponsor of the trip.

According to him, the team which is expected back home on 30th April 2010 will depart around 17:55

It would be recalled that the first edition of the tournament was hosted and won by The Gambia during last year's July 22nd celebration. 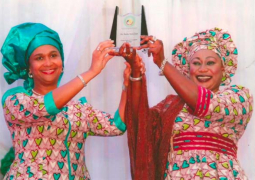