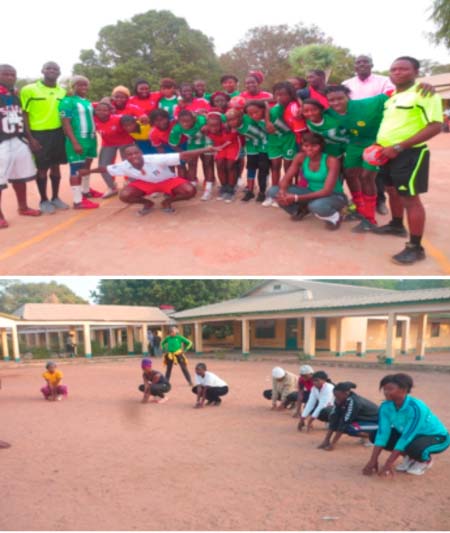 Following the male defeat of 10-14 by Gabou in an earlier encounter on Sunday, Gambian Female handball team turned out with full vigour and relieved the distress from their male counterparts by thrashing their opponents Gabou of Guinea Bissau 20-9 before going ahead to lash their close neighbours, Tamba Counda team 9-4 to emerge winner.

Meanwhile, Gabou male handball team used the Sunday’s lunch time to prove their skills over Kaye representation of Mali by beating them 14-9 at full time.

The day’s other fixture scheduled a game between the host Gambia and mighty Boke of Guinea Conakry which ended 14-10 in favour of the Boke boys.

Boke gave the same number of goals to Kaye of Mali in their opener game and now stand top of the competition.

Boke stand top with four (4) points after two successive victories; Gabou maintains second position with three (3) points after two games; Basse at third place with a single point and at the rock bottom is Kaye yet to have a point.

The host country, Basse is the dominant side of the race with four points from two successful games. Tamba Counda stand second position with two points and at third place is Gabou with zero point.