A three-day national retreat for the Gambia National Export Strategy on Tuesday commenced at the Kairaba Beach Hotel in .

Organised by the Gambia Investment and Export Promotion Agency (GIEPA), in collaboration with the Commonwealth Secretariat, the retreat aims at developing a framework for The Gambia national export strategy by reviewing existing national and sectoral studies and reports.

She revealed that the objective of the retreat was to develop a framework and update the progress made since the initial kick-start workshop.

According to her, a national team was constituted comprising twenty-five members including public and private sector personnel.

Madam Jallow further stressed on implementation of the outcome of the strategies, saying it will lead to an increase in the production sector, among others, to meet the country’s domestic demands.

The retreat team would do all they can to come up with realistic strategies that can be implemented, she said, while commending the team for the project.

“The government has committed, through its vision 2020 blueprint, to one day render The Gambia  a net-exporter nation,” said PS Barry, adding that the government is committed to providing an environment conducive for the private sector to thrive.

She noted: “The development of the national export strategy is a reflection of the development in the creation of such conducive environment as it is private business that would drive the exports of this nation.”

He also urged the participants to make good use of the opportunity accorded them to come up with sound contributions and initiatives that would make The Gambia a net-exporter nation.

Isaac Njoroge of the Commonwealth Secretariat, in his remarks, said the successful implementation of the export strategy “will depend on the Gambian people”.

He outlined the need for good communication strategy to ensure those with the responsibility of implementing the export strategy understand what it is and what they are supposed to do.

He advised the team selected, to reach the farmers, as well as the business people, to listen to their views after the drafting of the document so as to validate a better national export strategy document.

The national export strategy calls for maximum support as it is one of the instruments of the Vision 2020, he says, adding that it should be effectively implemented.

The Commonwealth official says the overall objective of a national export strategy is to improve the international competitiveness of a country leading to enhanced export performance with an outcome that will raise the income and standard of living of the people. 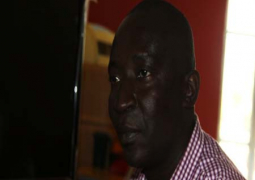