As part of their corporate social responsibilities, Elton one of the leading and fastest growing fuel dealers in the country has blessed the custodians of the nation's heritage, the National Council for Arts and Culture with a handsome donation of D120, 000 worth of fuel.

This development, which recently took place at the Elton Head Office in Fajara, followed a request made by the NCAC to Elton for the donation of fuel in order to run the activities of their office.

In receiving the cheque on behalf of Mr. Balla Sawo, the Director General of NCAC, the Management Information Systems Assistant Mr. Siaka Fadera expressed gratitude and thanked Elton Oil for their philanthropic gesture, which he said, demonstrates Elton’s corporate citizenship.

Noting that the NCAC now recognises Elton as a major patron of the Arts and Culture, Fadera urged other corporate bodies to follow the example of Elton, as the nation’s heritage constitutes the most important element of national identity.

Speaking earlier, Elton's Senior Manager Brand and Communications, Mrs. Hawa Jagne-Jassey said it is part of their corporate social responsibility to complement government’s effort in nation-building. She said culture needs to be promoted and well-protected for generations yet unborn to know their roots and origins.

"I feel proud of being an African when I saw people dressed in their beautiful African cultural dresses or performing an African style of dancing and singing," she said.

She promised that Elton would continue to support noble ventures in the country, noting that culture will always be given a priority despite having only 12 filling stations in the country. 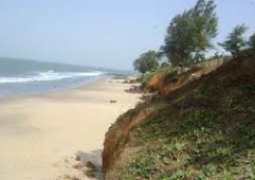