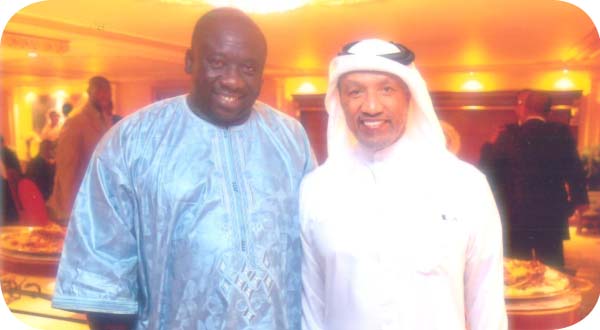 In a press release emailed to Pointsports, Seedy Kinteh denied the allegation of receiving money for the Qatari Bin Hammam, adding that his personal relationship with Bin Hammam has nothing to do with his GFF President 2014 candidature.

Below we reproduce the full text of the release for the benefit of our readers:

“In the run up to the 2014 Gambia Football Federation (GFF) Presidential Election, I filed in my nomination for candidature to the office of President.The Normalisation Committee of the GFF vetted my nomination, and eventually said it has disqualified my candidature due to reasons they said have to do with my involvement in the alleged receiving of money from the Qatari Muhammed Bin Hammam.

“I want to categorically state that the reasons for nullifying my candidature to the office of GFF President are bogus, erroneous and misleading.

“Let me begin by saying that my relationship with Muhammed Bin Hammam started back in 2001, when I was serving as the second vice president of the Gambia Football Association, during a CAF General Assembly meeting. We knew each other as colleagues and friends, and have been exchanging ideas and meeting at FIFA and CAF forums for the development of our respective countries with the FIFA development officer in our region.

“Having known him for his visionary ideas in football, hence as the chairman of FIFA Goal Project, I personally invited him to The Gambia to attend the West African Football Union (WAFU) General Assembly hosted at the Kairaba Beach Hotel, which also included 14 out of 16 West African Football Associations which was opened by the former Minister of Youth & Sports Honourable Sheriff Gomez.

“Others in attendance were the former WAFU Vice President and Honorary President of GFA Alhagie Ousman B. Conateh and members of the football fraternity. During his visit in The Gambia, Muhammed Bin Hammam, the Office of The President provided a vehicle and security for him and his entire delegation.

“Let me further tell you that I am not an Executive Member of FIFA to have any voting right, which could have had any influence on receiving money from Muhammed Bin Hammam in exchange for favours, as wrongly interpreted by the GFF Normalization Committee, for the Qatar World Cup bid.

“I have never received any money from Muhammed Bin Hammam for the influence of voting in his favour. The Qatari man has always been my personal friend, and any time I need his support I always send him a request to assist me personally, and will never hesitate to assist when the need arises.

“I must express my dismay and disappointment with the Committee Members of the GFF Normalisation Committee, for addressing my disqualification on the wrong and erroneous belief that money has been given to me in exchange for FIFA votes, which has been one of their reasons for turning down my nomination for the position of GFF President.

“I guess this clarification will once again set the records right to the Normalization Committee, football stakeholders and the general public. I will never betray Muhammed Bin Hammam for his support to the FIFA Goal Project in The Gambia showed that there is a good relationship between The Gambia and Qatar.”

Meanwhile, a number of people could face disciplinary action after FIFA’s ethics investigator Michael Garcia delivered a 350-page report, following his year-long investigation into the bidding for the 2018 and 2022 World Cups.

The report “reaches conclusions concerning further action with respect to certain individuals,” said a statement from the independent ethics committee, but it will be up to the adjudicatory chamber led by a German judge to decide on what action that will be.

That decision by Hans-Joachim Eckert is unlikely to be made before the end of October, and Eckert will also decide if the report will be made public, according to PA Sport.

The statement made no reference to any possible action against the winners of the bids, Russia for the 2018 tournament and Qatar for 2022.

Garcia’s report does, however, recommend changes to the bidding process for future World Cups.

The statement said: “Over the course of this year-long investigation, the investigatory chamber interviewed more than 75 witnesses and compiled a record that, in addition to audio recordings from interviews, includes more than 200,000 pages of relevant material.

“The report sets forth detailed factual findings; reaches conclusions concerning further action with respect to certain individuals; identifies issues to be referred to other FIFA committees; and makes recommendations for future bidding processes.

“Pursuant to the FIFA code of ethics, the adjudicatory chamber will now make a final decision on the report and supplemental reports, including publication.”

Officials from England’s unsuccessful bid for the 2018 World Cup were among those who gave evidence to Garcia and his deputy chairman Cornel Borbely.

The investigation looked into a number of allegations of corruption as well as incentives offered to FIFA executive members such as friendly internationals, development money, commercial opportunities and sponsorships.

The bidding nations were: Russia, England, Holland/Belgium and Spain/Portugal for 2018, and Qatar, the United States, Australia, Japan and Korea for 2022.

American attorney Garcia reported into seven bidding nations apart from the US - due to his nationality he was conflicted - and Russia. Russia said last year it would not allow Garcia to enter the country because he is on a list of people barred because of a human rights dispute between Russia and the US.

Borbely, from Switzerland, has delivered separate supplemental reports covering his review of the US and Russia bid teams. 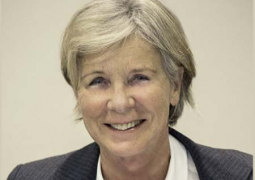