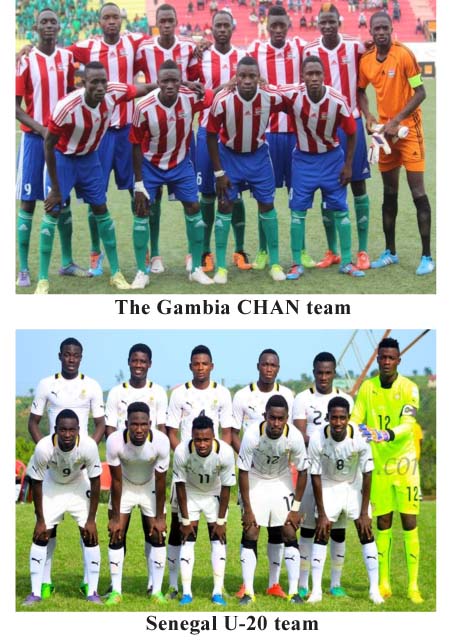 The 2015-2016 Gambia Football Federation domestic division one league champions Gambia Ports Authority are set to host AS Vita Club of Democratic Republic of Congo in the first leg tie of the second round of the 2017 CAF Champions league in Banjul next month.

The Gambian champions booked their ticket to the second round of the continent’s top-tier football club competition following their 1-0 aggregate win over Ivorian vice-champions Sewe Sport in the first round.

The ferry boys under the guidance of coach Alagie Sarr will use the next three weeks to prepare themselves fit for their crucial game with the Congolese side.

The Gambian champions will be ruthless for a positive result against the Congolese side in the first-leg clash in Banjul, to fancy their hopes of reaching the third round.

The Congolese side progressed to the second round of the continent’s top-tier football club competition after their 3-1 aggregate win over Royal Leopard in the first round.

The Congolese side, on the other hand, will also use the next three weeks to prepare themselves for the first leg in Banjul next month.

The Kinshasa-based outfit will target for a positive result in the first leg in Banjul and finish the job in the second leg in Kinshasa, a week later, to advance to the third round.