We would thank His Excellency President Adama Barrow for choosing the right person for the right job.

The newly-appointed Information minister, Demba Ali Jawo has a wealth of experience in the noble profession of journalism.

Jawo’s appointment is a big boost for the media fraternity.

He was GPU president from 1998 to 2005. He also worked with the West African Journalist Association.

Minister Jawo has contributed a lot to the development of the media in the nation, having served the nation through his work at the Daily Observer, The Point and APA news agency in Senegal.

Mr Jawo knows very well the problems and constraints of Gambian journalists and the media in this country. So he is really a ‘round peg in a round hole’.

Meanwhile, we would like to reiterate our call for access to information, and for closer cooperation between the Gambia government and the media.

We are partners in development and not enemies; hence we should support each other. There are certain issues to redress immediately for the media houses, which include regular training, support with equipment, as well as subscription to newspapers and timely payment for such by government institutions and parastatals.

The media, in general, is facing a lot of constraints in recovering debts after rendering services to government institutions and parastatals.

It takes us several months to be paid for the advertisements that we publish for government institutions and parastatals, which gravely affects our cash flow and keeps us in a tight corner in meeting our financial obligations, such as to pay our suppliers for printing materials and our staff wages on time.

Nowadays, many African countries such as Senegal, Ivory Coast, and Gabon provide a subvention to sustain the press.

The other thing the minister should take up, as promised by the new government, is to repeal all draconian media laws.

For example, we know that during Jammeh’s regime journalists could be jailed for 15 years and could be fined D3 million for ‘crimes’ committed online or social media.

Now we are in a New Gambia led by President Adama Barrow, whose government has vowed to promote freedom of expression and press freedom.

As regards advertisements that we publish for government institutions and parastatals, we recommend that the government should step in, particularly the Ministry of Finance, to introduce mechanisms for the media houses to be paid on time.

Journalists in The Gambia are making a lot of sacrifices to educate and inform the public.

The new generation of journalists, however, should not abuse press freedom and get ourselves in trouble with the law through such crimes as defamation.

We should be accurate, objective and fair in our reporting, even as we endeavour to promote divergent views.

Our taxes should be reduced, and the Education Levy be waived to enable us to sustain our newspapers.

The new government should facilitate training for journalists, access to equipment and give more facilities to the school of journalism in the country.

“Bridge the gap between the government and the press.” 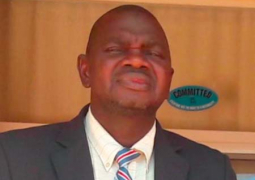