The Gambia last Saturday April 25th joined the rest of the world in celebrating World Malaria Day with calls for effective partnership as well as public and private sector resource mobilization in the roll back malaria process.

April 25 commemorates the day, in 2000, when Heads of States or their representatives from 44 African countries met in , to deliberate on the problem of malaria and sign the historic Abuja Declaration and Plan of Action committing their countries to halving Malaria deaths by 2010, and reaching specific targets on malaria prevention and control by 2005.

Speaking on the occasion, Dr. Jallow said access to effective treatment of malaria continues to be a major concern for the Government of the and the Department of State for Health and Social Welfare.

"This has greatly increased over the years through increased in the number of health facilities at all levels of care anti-malarial drugs", she said.

According to the Health and Social Welfare Minister, it is only through effective partnership as well as public and private sector resource mobilization and participation that we can share ideas on how we can all join forces to roll back malaria in our country.

She noted that malaria problem cuts across many sectors and needs a multi-sectoral approach to fight it effectively.

"The Government of the has removed taxes and tariffs on nets and insecticide treated materials. The commercial and private sectors are therefore urged to support and compliment government efforts to ensure availability, accessibility and affordability of insecticide treated materials and other commodities needed for malaria control and prevention", Dr Jallow asserted.

For her part, Mrs Adam Jagne-Sonko, Deputy Program Manager, National Malaria Control Program, described malaria as the most parasitic infection in people, accounting for more than one million deaths a year.

According to Mrs Jagne-Sonko, the effects of malaria extends far beyond the direct measures of mortality and morbidity.

Other speakers on the occasion include the Governors of North Bank Region and Nyoro in , Mr. Edward Seckan and Mr. Lamin Sanyang respectively, and Mr Alpha Jallow who deputized for the World Health Organization. 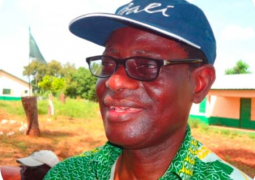 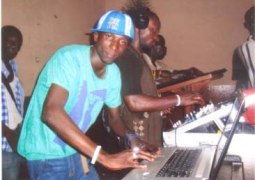