A court to specifically deal with offences against the anti-littering regulations has now been established.

The court, which commences its operations on 1st May 2009, has been set up to address the environmental challenges facing these areas.

According to a press release from the Office of the Chief Justice, in line with existing policy, the court will enforce "zero tolerance" for delays and treat all matters expeditiously within the due process of law.

Magistrate James George has been assigned to preside over the court.

He would cover Greater Banjul and Brikama Areas and hold regular sittings at the Magistrates' Courts in Banjul, Kanifing and Brikama.

"The prosecution and enforcement services would be provided to the court by officials of the National Environment Agency and the Police, and as and when necessary, the Attorney General's Chambers. All offences against the Anti-Littering Regulations will be treated seriously by the courts in accordance with the law," the release stated.

"Therefore, members of the public are requested to co-operate with the court, the NEA and police officials whilst implementing the provisions of the Regulations, which have been designed primarily to protect the environment for the benefit of all," the release concluded. 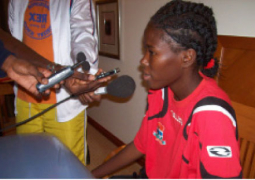