The National Committee of the African Cashew Alliance on 2 November 2010 began a four-day forum on Gambia Cashew Week at the Kairaba Beach Hotel in Kololi.

The forum was funded by the Department of Agricultural Development (USDA), Bankers Association, USAID, and the International Relief Development.

ACA aims to increase the competitiveness of s cashew producing countries in the cashew world market. It has more than 100 members including development agencies such as USAID, GTZ, multinational trading, retail and marketing companies, as well as cashew producers, processors and financial institutions from and around the world.

In declaring the forum open on behalf of the deputy Minister of Agriculture, the deputy permanent secretary, Sherifo Bojang, said the Government of The Gambia "places great emphasis" on the agricultural sector.

"This is because a large number of Gambians rely on agriculture for their income and livelihood," he said.

He also spoke on the usefulness of cashew trees, saying that they create natural forests as well as fencing.

Mr Bojang noted that cashew offers a lucrative and buoyant market, as evidenced by the presence of major international buyers and the increasing volume of cashew being transported through The Gambia each year. "We will continue to support the ACA and its initiatives and all stakeholders can count on support from the government," he said.

"We wish the ACA of The Gambia all the best and will support you to prepare for the all-important ACA 6th annual conference next year," he said.

Ram Mohan, ACA executive committee member, spoke on the effort The Gambia had made under the leadership of President Jammeh.

"I have lived in for over 16 years of my life, I have not seen elsewhere the rapid development I have seen here in such a short span," he said.

"The cashew has been the most demanded crop in ," he said, adding that the cashew sector now receives some support from NGOs like the International Relief Development.

Speaking earlier on behalf of the ACA secretariat, Xenia Defontaine, said that ACA developed some tools to support the development of the African Cashew industry last September, at its 5th annual conference.

He also called on stakeholders in the cashew to continue to promote the industry and the marketing of its produce. 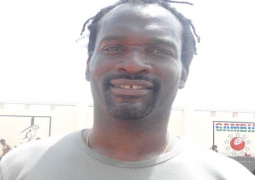