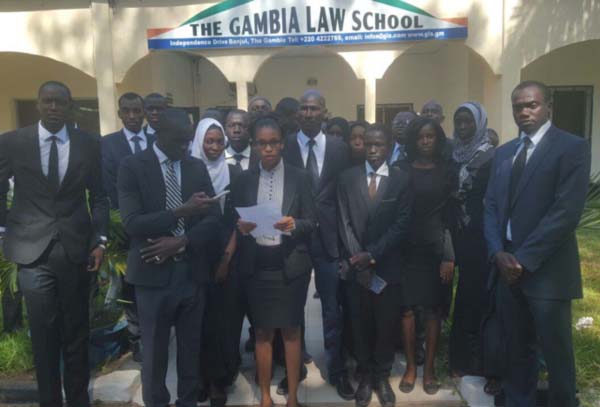 The students of the Gambia Law School yesterday 13 December 2016 decided to boycott lectures with immediate effect to stand in solidarity with the people of The Gambia.

Reading a press release at the Law school in Banjul, the assistant class president of the law school, Kadijatou Jallow, stated that the students “condemn in the strongest possible terms” the announcement of President Jammeh to nullify the results of 1st December 2016 elections.

She said: “The statement of the outgoing president is an abrogation of the constitution and an attempt to subvert the legitimate decision of the people of The Gambia.”

She added that any attempt by President Jammeh to “constitute the panel of Supreme Court, which is currently not, will amount to being a judge in one’s case”.

Also speaking to the press, Saikou Ceesay, president of the class, said the class comprised students from different countries and “all stood in solidarity” with the Gambian students and the Gambian people.

“We as lawyers in equity stand in solidarity with the people and the Gambia Bar Association, which has boycotted the courts in the interest of the Gambian people.”

He said they would therefore boycott lectures until such a time President Jammeh reverses his decision and the president-elect Adama Barrow assumes office.

“We cannot sit back and allow President Jammeh to delay the transition and legitimise himself in power, “he said.

The Gambia Law School was established in 2011 and has since graduated four batches of students who serve in different positions of the legal fraternity in the country and abroad. 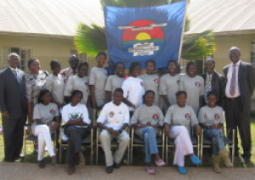