What are the preventive measures to adopt when a dog bites a person?

Dog bites should be taken very seriously especially when dealing with stray dogs and other unvaccinated dogs. Wash the wound with soap and water as soon as possible. This can actually reduce the chances of contracting rabies. Victims of bites by suspected rabid dogs should report immediately to the nearest health facility.  It is absolutely necessary to follow up the wound cleansing with immunization within a few hours after contact with a suspect rabid animal. This can prevent the onset of rabies and death. It has been reported that every year, more than 15 million people worldwide receive a post-exposure preventive regimen to avert the disease – this is estimated to prevent 327 000 rabies deaths annually. Most of the human deaths occur in the absence of post-exposure prophylaxis. Rabies is almost always fatal once the clinical symptoms appear. Dog bites should also be reported to the nearest veterinary office. This is necessary for monitoring the dog.

What are the sign and symptoms of rabies in Humans?

Following a bite by a rapid dog, the first signs of rabies in humans are very vague. It might involve flu like symptoms, aches and pains. This might last a couple of days and is followed the acute neurological phase characterized by hallucinations, tingling at bitten site, difficulty in sleeping, prolonged salivation, respiratory problems, heart deterioration, coma and death. This may take a period of  up to 14 days.

What are the sign and symptoms of rabies in dogs

Once the rabies virus enters the body, it travels along the nerves to the brain. Dogs and cats with rabies may show a variety of signs, including fearfulness, aggression, excessive drooling, difficulty swallowing, staggering, and seizures. However, unusual behavior is the first sign to look out for. Rapid animals are hydrophobic i.e. are afraid to drink water and this is attributed to the pain they suffer when drinking.

Does rabies affect other species besides canines and Humans

Although canines (dogs) are the most susceptible, other species like feline (cats) equines (horses and Donkeys), bovines (cattle), ovine (sheep) and caprine (goats) are all susceptible to rabies. In addition to those signs seen in dogs and cats, horses, cattle, sheep, and goats with rabies may exhibit depression, self mutilation, or increased sensitivity to light.

What is the situation of rabies in the ?

Rabies is prevalent in The Gambia. The disease has been around for many years. It is one of the priority diseases for the Animal Health Services. Surveillance on the disease is ongoing at the Animal Health and Production Services and at the Ministry of Health.

How many cases has the country experienced in the last two years?

What is being done in the on rabies Prevention?

As there is no cure for rabies, prevention is the key. Effective prevention should target the source. 99% of rabies in humans is contracted through dog bites. If we fail to deal with the disease at the source then it will be almost impossible to control. Animal Health and Production service Unit at Abuko has been working closely with in its partners in rabies prevention in the . Since last year, the Service Unit has been conducting free anti- rabies vaccination in dogs at the Central Veterinary Clinic.

Gambicats, a registered charity based in The Gambia has also been conducting free annual clinics for cats and dogs. The free clinical services provided by Gambicats include free anti- rabies vaccinations and neutering of stray cats and dogs to control their population. The control of stray dog population is very important strategy in rabies prevention. The Department has been donated with anti -rabies vaccines by Gambia Horse and Donkey Trust, another registered charity based in The Gambia.

Rabies is one of the priority diseases included in the epidemio surveillance network of the Department.  Surveillance on rabies is ongoing although assistance is needed in the area of laboratory diagnosis to enhance our in country diagnostic capability. At present, samples collected from suspected cases are sent to a reference lab outside the country.

What is your final word?

My final word is that although there is no cure for rabies once the clinical signs set in,  it is a preventable disease. Prevention is better than cure. Make sure that you vaccinate your dogs and cats against rabies.

By the time this week-long festive period of Christmas is over, 21,000 children worldwide will be killed by malaria, majority of them from our continent.

As families get together for the festive occasion, it is also important that they spare a moment and reflect on malaria, a disease that can be prevented and treated, yet continues to kill unnecessarily.

The African Media and Malaria Research Network (AMMREN), an advocacy network of scientists and journalists fighting for the eradication of malaria in , is using this festive occasion to urge African governments and policy makers to fulfill the various promises to allocate more resources to the prevention and control of the disease.

In , ten years ago, African leaders committed to halving malaria mortality for ’s people by 2010.

Additionally, they agreed that:

•           at least 60% of those suffering from malaria have prompt access to, and are able to correctly use, affordable and appropriate treatment within 24 hours of the onset of symptoms,

•           at least 60% of those at risk of malaria, particularly children under five years and pregnant women, benefit from the most suitable combination of personal and community protective measures such as insecticide treated mosquito nets.

A whole decade has passed, yet we are nowhere near achieving the targets set.

In September this year, African leaders again gathered in under the auspices of the UN to renew their pledge to boost access to life-saving bednets and medicines as part of the fight against malaria, aiming to reach the goal of near-zero deaths by 2015.

Indeed some countries have taken up the challenge to introduce some policies that are yielding results. For example, , , Sao Tome & Principe and have been able to bring the disease under control using existing tools.

In neighboring , the government has launched a nationwide distribution of mosquito nets to every single household in the country. But, many more countries need to follow the example.

Unfortunately, it is business as usual for majority of African countries, as funds for malaria work continues to be the burden of development partners from Europe and .

Another disturbing factor is the ignorance about the disease. Because the disease has been around for so long, many people take it for granted and resort to self-medication..Clearly there is the urgent need to step up education on malaria prevention and treatment to end the needless deaths and loss of man hours that are affecting productivity.

The good news is that the existing tools for malaria prevention and treatment such as indoor residual spraying (IRS), insecticide treated nets (ITN) and Artemisinin-based Combination Therapy (ACT), are reliable and can protect lives.

A ground breaking project, the Affordable Medicines Facility-malaria (AMFm) is now underway in . In , like many other countries in , it is being implemented by the National Malaria Control Programme (NMCP). The aim is to provide inexpensive, effective anti-malaria treatment to crowd out less effective drugs. One can now buy heavily-subsidized ACT for less than US dollar.

The world is waiting anxiously for a malaria vaccine which is expected to reduce the burden of the disease by 50%. The RTS, S vaccine is currently being researched at 11 sites in seven African countries.

The Global Fund has just announced a 574 million US dollars pledge to fight malaria. The Bill & Melinda and Gates Foundation, the government and many other developed countries continue to increase funding for malaria work yearly. This is a clear sign of commitment to tackling the disease.

What is needed now is the willingness of those afflicted by the disease to take action to push out malaria from .

The success of various malaria initiatives depend on political will, dedication of health workers, and above all, the willingness of the individual to seek prompt treatment and use the available tools to prevent or treat the disease.

AMMREN is therefore urging all Africans to continue the forward march to that day when no man, woman or child perishes on the continent by reason of malaria.

AMMREN is also calling on partners and stakeholders to keep up the pressure at this time where a lot of global effort has gone into helping to deal with the scourge of malaria.

The time is right and the prospects are bright, however, it is the hope of AMMREN that as we make merry and celebrate late into the night during Christmas we will sing JOY TO THE WORLD and, with a unity of purpose, also keep an eye on malaria. 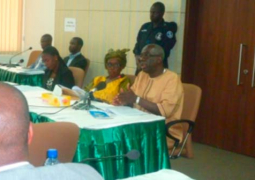 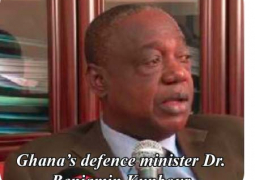