Gambia Armed Forces have maintained top spot in the 2014 Gambia Volleyball Association (GVBA) Male National league after securing 27 points in nine games and would fight tooth and nail for a victory in their remaining league games to keep their dreams of clinching the league title.

The Security outfit’s astonishing and brilliant performance has earned them the top spot in the country’s National Volleyball league.

Gambia Armed Forces are followed by Jeshwang in 2nd position in the league with 27 points in ten games and Brikama and Interior are 3rd and 4th positions respectively with 15 points each in nine games.

Meanwhile, Gambia Armed Forces are also leading the female national volleyball league after snatching 15 points in five games and will be expecting to win their remaining games to keep their hopes of winning the league title. 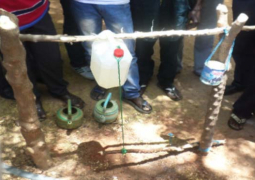