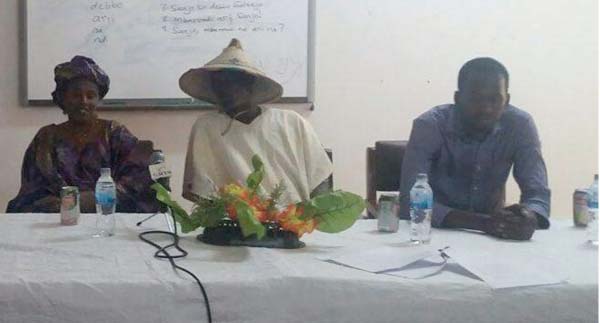 Fulbe Africa, a local association in The Gambia, at the weekend concluded a two-day Pulaarr language writing workshop in Region One regional education directorate, Kanifing.

The aim of the training workshop was to promote and preserve African languages, and also build capacity of members of the association in reading and writing Pulaar.

Speaking on the occasion, Ousman Sowe, president of Fulbe Africa, commended the ministries of education for their efforts in promoting and introducing the national languages in schools.

“This is a great move to prevent the national languages from extinction,” he said.  “To be able to speak, read and write your language is important.”

Mr Sowe cited a UNESCO report which projected that some local languages in some parts of Africa became extinct.

“So, henceforth, there is a collective effort needed to preserve our national languages, and this should not only be seen as a responsibility of the ministries of education, but everyone else should put in an effort.”

While commending the ministries of education for their support towards the success of the training course, he urged people to maintain the standard autography of the Fulbe language.