Alfredo Picco, a French national who was recently convicted and sentenced to a fine of D5 million, in default to serve 15 years in prison with hard labour has filed an appeal at the high court in Banjul.

Picco was sentenced by the narcotics court at the Banjul Magistrates' Court, presided over by Magistrate Hililary U. Abeke following his own plea of guilt to the offence of being in possession of prohibited drugs.

Prosecutors who indicted Picco claimed that on 1st July 2010, at a checkpoint in Brufut Ghana Town, Alfredo Picco was found in possession of 2grams, 840milli grams of cannabis stativa, a prohibited drug.

When the appeal came up yesterday before Justice Emmanuel Amadi, the counsel for the appellant, Moses Richards told the court that the records of proceedings from the lower court were ready.

The state respondent represented by state counsel B. Bojang told the court that he was served with the records of proceedings, but needed sometime to study the appeal.

"My lord, based on this grounds, I am applying for an adjournment in order to study the appeal before the next adjourned date," he told the court.

The appellant counsel, Moses Richard, did not raise any objection to the application.

Subsequently, the case was adjourned to 26 August 2010 at 12 pm for continuation. 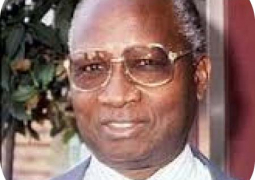