Following a disappointing two nil defeat in the hands of Asian champions, , four members of the Gambia U-17 World Cup team currently in were yesterday picked up by FIFA to undergo the Magnetic Resonance Imaging (MRI) scan to determine their ages, reports reaching this paper from revealed.

The four players, whose names could not be disclosed, were said to have been taken to the in Calabar, along side other players from , and .

The President of the Gambia Football Association, Seedy MB Kinteh, who is also in Nigeria told this paper that the Gambian players were picked from their base, Ambertinapa Hotel that hosts all the group C contenders at 3pm Gambian time yesterday.

"This applies to all the participating teams in the competition as our group members have also their players sent to the ," the GFA President stated.

According to reports, Fifa employs the Magnetic Resonance Imaging (MRI) to scan the left wrist plate of players in order to ascertain their true ages.

Fifa's plan to use the MRI test, according to experts, is to discourage the fielding of over-aged players in the youth tournament, which has recently attracted controversy.

Fifa first began researching the use of MRI technology in 2003, but it has reached the stage where they are able to judge age with more than 99% certainty.

Meanwhile, the GFA President reassured the Gambian sporting fraternity to keep faith in the team following a disappointing two nil defeat in the hands of the Asian champions, .

He concluded by saying that "loosing the opening match does not mean that the team will not make it. Anything is possible. We are here for business and will make sure that we will book the ticket to the next stage of the competition." 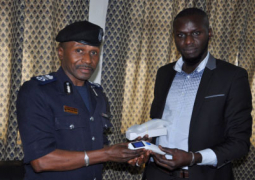