The National Coordinator of Future Care Hospice Gambia, Mr. Abel Igbe has spoken of his organisation's commitment in helping the poor and the needy and those who have terminal diseases such as, but not limited to, Cancer and Tuberculosis.

Mr. Igbe was speaking in an interview with this reporter recently at his office located at Musukebba Drammeh Street in Serrekunda.

According to him, his organisation is an international body under the UN and WHO and is allied in America, UK and other parts of Africa.

He said that the aim of the organization is to go countrywide but due to lack of funds they are only operating in within the Greater Banjul Area.

He revealed that their donors are trying to raise some funds to enable them reach all parts of the country.

He further revealed that plans are there to construct a health care centre in the country to contribute towards quality health delivery.

Outlining some of the achievements of the organization, Mr. Igbe revealed that in 2008, the organisation was able to invite the then Permanent Secretary at the ministry of health, the Lady in-charge of drugs to attend an International conference in Ghana and also went to Nairobi and other parts of Europe to attend another conference workshop all geared towards upgrading the standard of caring units in The Gambia.

"We are trying to solicit for more funds locally and internationally to achieve the objectives of the organization," he said.

"At the moment, we are trying to expand but we lack funds, and that is the reason why we were not able to move ahead, but as soon as our donors consider our request, then we will cover the whole country," he explained.

He added his organization has volunteers under the UN who are working under the programme right now in Argentina and in the UK. 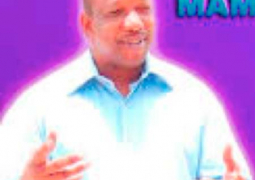 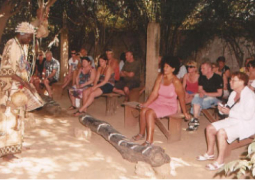