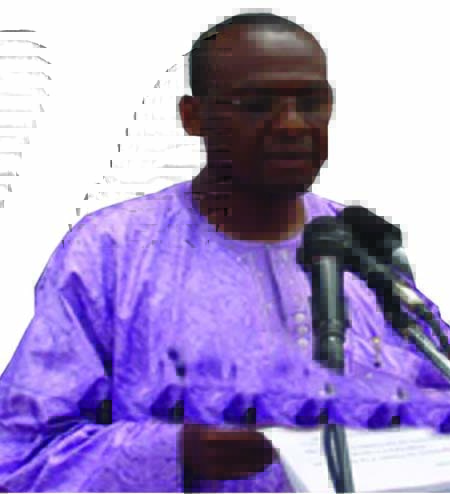 The National Water and Electricity Company (NAWEC) has been confronted with an increase in the price of fuel, which constitutes over 60% of the operating costs of the company, the company's Managing Director said on Wednesday.

Momodou B Jallow, whose company (NAWEC) appeared on Wednesday before the Public Enterprises/Agencies Committee of the National Assembly, where it presented its annual activity report, accounts and financial statements, said the price of crude oil and all refined products such as fuel oils, has steadily been on the increase for the past couple of years due to varying global market conditions.

"This has significantly impacted on the cost inputs of the company and thus on its financial performance during the course of 2008," he said, adding that NAWEC spent approximately US$6.7 million for 15,000 metric tonnes of Heavy Fuel Oil alone in 2008.

The resources involved in running NAWEC are very high, Mr Jallow notes, saying: "We all know that the economy of this country is not that big. Despite all these, we are trying very hard with the support of the Gambia Government, our line Ministry and especially our Board to make sure that we never stop providing electricity and water even whereas the price of fuel has been rising significantly."

He further explained to members of the PAC/PEC Committee: "The year 2008 was earmarked by a sudden price hike in petroleum products which affected the financial capacity of the company, whose operation is entirely based on fuels."

He added that there is urgent need for more attention towards practical solutions within the fields of renewable energies, which commenced in 2008 with the signature of the power purchase agreement for the Batokunku Wind Turbine project.

Despite all these, NAWEC will continue to do its best to ensure that it meets its responsibility of providing electricity and water for its customers, the NAWEC boss says.

In 2008, Mr Jallow added, electricity production at the Brikama Power Station accounted for about 141 GWh compared to 157 GWh in 2007.  This decline, he noted further, was due to the unavailability of certain engines.

"Over the past year, the actual available generation capacity in the Greater Banjul Area could not be effectively transmitted and distributed due to the poor and obsolete transmission and distribution network," he also stated.

On Water and Sewerage, Jallow said NAWEC’s services were improved in terms of performance and outputs. This is partly due to the impact of the Greater Banjul Area Water Supply project and due to institutional improvements experienced in 2008, he said.