One World Foundation for Development, a charitable organisation formed in The Gambia and has a branch in Holland, on Wednesday donated three brand new computers and a photocopier to Bakau Lower Basic School.

Amadou Tamba, secretary general of One World Foundation for Development, said the computers will go a long way in helping the school administration to do their work better.

He said the foundation has future plans to donate computers to students of the school to help them to be familiar with computer operations before they complete primary school.

Tijan Ceesay, principal of Bakau Lower Basic School, described the donation as a very good gesture, saying it is a sign of patriotism.

“If you want to support people support them in the area of education,” he said. “Anyone you give education to, you have given the person something that no one can take from him.”

Mr Ceesay said the school administration used to pay outside to have their examination papers and other official documents typed and printed. “That will cease now,” he noted.

“You are on the right track in helping us to do our work effectively and efficiently,” he told the donors while thanking them on behalf of the school administration, students and community of Bakau.

Dodou Bojang, Alkalo of Bakau, said the areas that the foundation is supporting – education and health – are pillars of the country.

The Alkalo urged the administration of Bakau Lower Basic to use the donated materials for “the rightful purposes”.

He also called on the foundation members to work together and be transparent for the betterment of the organisation and the people they will be serving.

Speaking at the Bakau Health Centre, Kebba Sonko, officer-in-charge, said they were very much pleased about the gesture.

He thanked the foundation for their “generous support” which he said came at the right time. 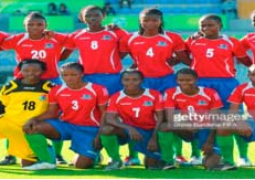 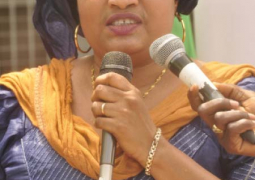