One Jarry Sanneh and Abdou Ndow were yesterday arraigned before Magistrate Bojang of the Kanifing Magistrates’ Court charged on two counts of conspiracy and housebreaking.

According to the particulars of offence on count one, Jarry Sanneh and Abdou Ndow on 6 April 2014, at Kanifing South, in the Kanifing Municipality, conspired among themselves to commit a felony to wit stealing, and thereby committed an offence.

Count two stated that the accused persons on the same date, year and place broke the house of one Ali Diab with intent to commit an offence to wit stealing, and thereby committed an offence.

They were granted bail of D5,000 each with a Gambian surety who should swear to an affidavit of means and deposit his or her ID card. 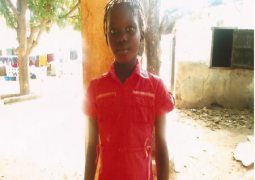 10-year-old girl in need of support for overseas treatment