Attorney General and Minister of Justice Mama Fatima Singhateh has said the intellectual property landscape leaves much to be desired compared to the more developed parts of the world.

She said the facts and figures revealed by WIPO over the years have consistently indicated that Africa’s contribution to an all-intellectual property filing and registration was less than 3%.

The justice minister was speaking at a three-day forum on intellectual property law and practices, organised by the African Intellectual Property Organization (ARIPO) in collaboration with the Government of The Gambia through the Ministry of Justice, held on Monday at the Sheraton Hotel in Brufut.

She said the outreach seminar organised by ARIPO, in collaboration with the Ministry of Justice on behalf of the Government of The Gambia, was indeed a step in the direct direction.

“After over three decades of existence, it is a fact that many of our people know much about the existence of ARIPO and the great work it is doing for its member states,’’ said the Justice Minister.

“I am confident that a lot of goodwill comes out of this interactive forum and I look forward to its further strengthening in the coming years.”

She said it goes without saying that the progress of modern states do not only depend on the natural resources available in its land areas.

The formulation of appropriated research, science and technology policies which drive innovation and economic development was imperative, she noted.

“It is heartening to note that African countries are taking active steps in protecting their intellectual property titles, especially those linked to their natural resources,” she stated.

She said The Gambia had not been left behind in these endeavours to give strategic direction to efforts aimed at innovation technological development.

The Ministry of Higher Education, Research, Science and Technology (MOHERST) was hived off from the ministry of education as a separate ministry in 2007, she said.

Speaking earlier, the Director General of ARIPO, Dr Fernando Dos Santos, expressed ARIPO’s gratitude to the Gambia government through the Ministry of Justice for accepting to host the roving seminars.

He said The Gambia joined ARIPO soon after its creation and joined the Lusaka Agreement on February 1978, and the Harare Protocol in January 1976 and since then The Gambia had been active member of the organization and has continued to contribute to its growth.

In 1991, The Gambia hosted the diplomatic conference that approved the protocol on trademarks, known as the Banjul protocol, he said.

Therefore, he added, it did not come as a surprise when Mr Marenah, the registrar general, reacted positively to their proposal to host the important meeting in The Gambia and accorded him and his colleagues from ARIPO secretariat a wonderful hospitality since their arrival in The Gambia.

He said the initiative was conceived during their tour in different member states of ARIPO and they have realised their entrepreneurs, researchers and artists are incredibly creative, impressively innovative and yet the full benefit of those tireless efforts had not been realised and rewarded adequately.

This prevailing situation, he noted, was due to lack of awareness on the important role that IP plays in recognizing and harnessing human creations for the social, cultural, economic and technological development.

The forum was attended by the supporting staff of the Ministry of Justice and some state counsels from the office of the Director of Public Prosecutions. 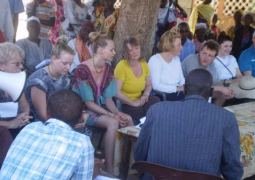 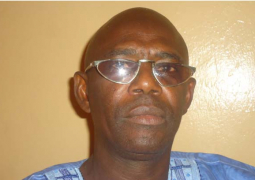