Fortune FC and Wallidan are the two teams competing for promotion to the Gambia Football Federation domestic division one league next season following their amazing start to the country’s second division league season.

The blue boys Walllidan are currently occupying second spot in the country’s second tier and will strike hard to edge-past Fortune FC to top the league and also boost their chances of regaining promotion to the top flight next season following their relegation to the second tier after a woeful campaign in the top flight last season.

The Farato-based outfit Fortune FC are presently topping the second tier, and will hunt to beat Wallidan to revive their lead in the league and also fancy their hopes of gaining promotion to the top flight next season.

Elsewhere, fourth-place Red Hawks will clash with mid-table Kexx United at the Independence Stadium in Bakau. 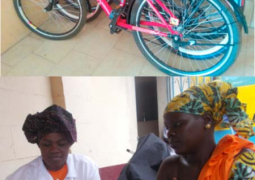