According to reliable sources, Momodou Sabally, former Minister of Presidential Affairs, Secretary General and head of the civil service was detained by the state security agency for questioning.

No official reason was advanced to this paper.

The sources added that he was in custody since 8 July 2014.

It would be recalled that Mr Sabally joined the cabinet on 10 June last year as Minister of Presidential Affairs.

On 1st July 2014, he was transferred to Higher Education as Minister.

At the time of going to press, it was not certain whether he was released or charged.

Sabally was also on 2 July 2014, removed as the Secretary General of the APRC party. 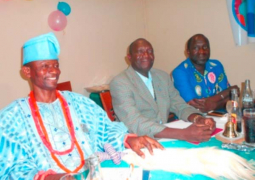