Major Kuluteh Manneh, a former military officer, has alleged before the court that he was given a ‘dirty slap’ on his right cheek by one Omar Cham, while he was in handcuffs at the NIA headquarters conference hall, and that later Alhagie Morr and Modou Sillah joined Cham.

“I was assaulted until I fell down. When I got up, Cham told the panel that he was finished with me,” the ex-military officer told the court.

Manneh continued to give his testimony in the case involving him, Lt. Col Mam Matarr Secka and former police chief Ensa Badjie at the Special Criminal Court in Banjul, yesterday.

The former military police commander told the court he never transported any drugs to Senegal, adding that when Sillaba came to him at his workplace for the transfer of the ownership of his vehicle, he told Sillaba to go to the nearest police station because that was not his job.

Manneh adduced that on 7 March 2010, he made a statement but it was rejected by Omar cham, stating that he was picked up from prison by Jawo Keita, Boto Keita and Balo K Jobe, at around 7pm and taken to the NIA conference hall where he was handed over to Omar Cham.

At the NIA, Omar Cham asked him whether he knew why he was there and he answered in the negative, he said, adding that Cham told him that there was an allegation made by Pa Habibou Mbye, Charles Okeke, and Edriss Masade against Sillaba.

He said the allegation was that Sillaba was using the name of the President of the Republic of The Gambia to sell drugs, and later gave him the proceeds, and that he (Kuluteh) Lt .Col Secka, and Ensa Badjie were assigned to Sillaba as his bodyguards.

Major Manneh added that he told Cham that he knew nothing regarding that allegation.

Cham asked him when was he appointed as the military police commander, and replied that this was in 2005, Manneh went on.

He said Cham asked him again whether he had ever been to Brusubi, and he told Cham he had been to Brusubi because his elder sister was married there.

He adduced that Cham at that juncture gave him a statement form to write his statement, and he wrote the statement, signed and handed it over to Cham.

Cham then asked him whether he wanted to play with the panel, and he told Cham this was what he knew about the whole thing.

Still testifying, Manneh said Cham then got up from his seat and went to stand behind him while he was sitting, Alhagie Morr and Modou Sillah were also present.

Cham further asked him about the cement and the money he received from Sillaba.

“I told him that I had never received a butut from Sillaba. After completing my statement I had a dirty slap on my right cheek from Omar Cham, and from there on Alhagie Morr and Modou Sillah joined Omar. They jointly assaulted me until I fell down,” he told the court.

He added that when he fell down, Cham ordered them to stop assaulting him, and Cham told the panel that he was finished with him and called the officers to take him to a cell called Bambadinka.

He said before taking him to the cell, Jawurr Keita was called to write his statement and in the evening he was taken out of that cell and shown the statement.

Manneh said he went through it and he told them that this was not the contents of the statement he wrote.

“I refused to sign it. I was again taken into Bambadinka until it was dark. Three officers came to collect me from the cell, and Cham ordered them to take me to Mile 2,” he added.

On 10th March 2010, he went on, he was sleeping in his cell, and he heard a hard knock at the door of the cell. The prison officer on duty then opened the cell, and told him to dress up because he was going out.

“Upon my arrival at the NIA, I was received by Omar Cham again. He asked me again whether I knew why I was there, and I told him ‘No’.

“I was then cuffed,” he said, adding that Cham ordered Babucarr and Korka to take him to the conference hall and when he looked around he saw the former IGP, Ensa Badjie, who was also in cuffs.

“I was pushed into the conference room and I saw another group of officers coming. When Cham asked me whether I knew why I was there, and I said No, they started beating me for several minutes,” he added.

He said Cham told him, “you would soon know”, and after a while he ordered them to stop, and he asked him again and he again said “No”, adding that they again started beating him, and that after sometime Cham asked them to stop.

He added that before putting the lights on, Cham ordered the officers to leave the room, and  he was uncuffed.

“I then signed it, denying that Sillaba had ever given me any butut, whether in kind or cash,” he told the court. 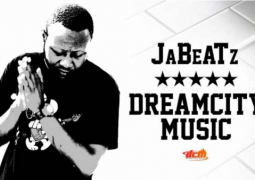